The journey from 400 euros to 3K months…

I work with so many incredible entrepreneurs and service-based business owners, and I finally had the chance to share a 1:1 conversation with Leman, where we reflected on her journey of MASSIVE growth and success. Leman joined the Attract Dream Clients program in November 2020! A special thank you to Leman for letting me join alongside her, as well as share her story…

How did it all start?

“I opened up my own office here in Cyprus to reach people here. I actually decided that I’m going to leave working in hotels because it doesn’t serve me, I didn’t feel happy, and I wanted to take more advantage of being a spiritual life coach and a past life regression therapist.

Then I thought to myself, well, me coming back and forth and just reaching out to local people was not enough for me. So about a year ago (january 2020), I closed my office and started working online. At first, it was pretty hard. I didn’t know what I was doing, but I knew that there were a lot of people working online. And my main aim was actually closing the office, working at home, and just spend more time with my family, and also to reach out to more people worldwide because I know that there are lots of people out there that will benefit from this service that I give.

And that’s how I actually started working my business online. At first, one or two in the start, but closing my office, doing it from home, building up the office at home was a big step for me. And then searching for different ways of how to do it was a long, long period. And it will be 12 months now, actually, at the end of this month. So yeah, it’s been a journey from that to that. Definitely.”

Before you joined the program, what sorts of income levels and clients were you getting and attracting?

“Well, before it was maybe between 400 and 600 euros a month, which I was actually aiming for 10K, but I didn’t know where to find those clients.

What’s one thing that helped you in the program?

When you said, “Put it in five sentences.”

And at first I was like, how can I do this? How can I post everything that I do in just five sentences? It was absolutely crazy for me, it was five sentences. I sat there and I really, really thought it through.

And then I actually sat back and thought to myself, “Okay, if someone is looking for somebody that wants to remove blockages from the subconscious mind, connecting with the higher self, and entering that, how can you put this in five sentences?

So I just closed my eyes and imagined that if somebody was looking for someone that they don’t like to read and they can’t be bothered to search through all these text, how would I attract that person?

And I wrote those five sentences. And when I read, I thought, “Wow, I’ve done it.”

And those five sentences were the way I actually attracted my high ticket.

It was like, “Oh my God. Was that it? Those five sentences?”

And that was what got me that high ticket sale, that 1K.

What’s one thing that helped you in the program?

So definitely, I think that this program was very, very valuable in a way that I never thought that actually organic marketing can be this strong. I always thought that, okay, now and again paying for ads and things like that, that’s okay. But I thought that reaching out to people with organic marketing was totally like impossible in a short time of period.

And yeah, you proved me wrong.

Yes, organic marketing works and anybody says that it doesn’t, it definitely does.

And it was like for all this time trying to connect with those people was like, where are all these people? Where are all my avatars? And really, most of them were just right in front of me. People that were following me, people that I didn’t even know that exists.

I’ve had a friend on Facebook for such a long time, and I didn’t even know that she was interested in any of this. She never mentioned it. She never said anything. And when I contacted her, she was like, “Yeah, I’d love this.” And I thought, “Oh my God, why didn’t you tell me before?”

At one point I lost my account, I was like, “How am I going to get all these people back in?” The last couple of months, all these people that I’ve connected with, will they actually accept my new page? Will they say, “Oh, she’s probably a hacker or something like that.”

And as I went through my notes and the people I connected with, all the discovery calls, and everything, and I actually connect they all turned back and they’re all saying, “Hey, where were you? We were looking for you.” And I was like, “Wow.” And in two days, my Facebook, like the clients, the leads, they were all coming back in.

Even losing my Facebook and coming back in and just in two days booting up those people, that shows that it actually does work because you’re in those people’s heads, they know you. But like you say, they have to like you, they have to know you, and if they trust you, they follow you wherever you go. And this happened with organic marketing.

So what I had another insight on was if you’re not visible then the people that are trying to attract you won’t be visible. So that was another thing that I actually learned through taking the program as well. It’s like being more alert, being more out there, showing people more of what you do. So instead of following you secretly, they will be more active in following you in a way that you want them to follow you, rather than being like a secret society, being an active society.

How much money now will you be making per month after the program?

After the program? Well, basically, all together after the program I made 3K monthly. Altogether from practically from 400 euros to 3K, which it helped a big, big deal from my high ticket to my low tickets. So it was a big, big shift. Definitely.

Anything else that you want to share with anybody about the program, about your journey?

Well, I would like to say that you are truly amazing, the way you actually take it through in a simple step by step, which anyone can do even if they’re starting a business and they don’t know where they are or what they’re doing, or even if they’re thinking of starting a business online. The program that you show is like a step-by-step strategy from getting you to zero to actually getting those high tickets in such a short period. So I cannot imagine what it would be like to actually have you there like one-on-one every day taking you through those steps and like banging you on the head and saying, “Hey, you’re doing this wrong. You’re doing that wrong. Come in. I want to do this with you.”

So in that such a short period of time from somebody that doesn’t know what they’re doing and then coming in and like after the 5 week program doing 3K, is like, “Oh my God.” So I want to say to anyone that actually hesitates or anyone that is looking for a business coach that can take them in step-by-step improving their organic marketing. I’d say they don’t need to look any further because you are truly amazing, you’re kind, you know what you’re doing, and you’re there to take them in from any situation that they are in and making them become like a social media queen.

If you want to learn the simple steps of successful organic marketing for yourself, join the program and Attract Dream Clients.

BlogThe journey from 400 euros to 3K months...I work with so many incredible entrepreneurs and service-based business owners, and I finally had the chance to share a 1:1 conversation with Leman, where we reflected on her journey of MASSIVE growth and success. Leman...
Read More

BlogHow to Start a Facebook GroupIn this blog, I will take you through the “How to” start a Facebook group.  Facebook groups are an incredible lead generation tool that I use daily in my business and that of my clients. It allows you to create a place that your...
Read More

How to plan out your Social Media Strategy

BlogHow to Plan Out Your Social Media StrategyThis is a question I get asked A LOT by my clients. Are you sitting here wondering what the magic answer is to your social media strategy? I often change my social media strategy. It depends on what is working for my...
Read More

Blog5 Ways you can Monetise your Facebook GroupDo you have a Facebook group that has been going great, tons of engagement and people joining regularly but you are worried about how you can monetise the group? There are a number of ways that this can be done and this...
Read More

BlogMust Know Predictions for Facebook in 2019It can be challenging to keep up with the trends and what is predicted to occur in the future. So I wanted to have some fun and make some educated guesses into what could be happening in the future of Facebook and...
Read More

Blog5 Marketing Lessons from Fyre FestivalIf you haven’t heard of the disaster that was Fyre Festival, you must have been living under a rock! It’s the infamous event that rocked the internet in 2017 when promises went unfulfilled – and it’s recently become the...
Read More

5 Thing You Can Do in 2019 to Increase your Social Media Numbers Organically.

How Beans on Toast will Generate Engagement on Facebook

BlogHow Beans on Toast will Generate Engagement on FacebookIncreasing your engagement on Facebook is so important to growing your brand awareness, your following and ultimately your sales. So what is beans on toast and how can it help you grow your business? Facebook...
Read More

BlogCan I Still Grow my Facebook Page Organically?The short answer is yes, however, expect it to be slow. It is certainly easier if you already have a large following as Facebook pushes your page out to more people in the "recommended to follow." There are some key...
Read More
I love cookies but we need to tell you that this website collects a different kind of cookie to the sweet kind. We'll assume you're ok with this, but you can opt-out if you wish. Cookie settingsACCEPT
Privacy & Cookies Policy

Any cookies that may not be particularly necessary for the website to function and is used specifically to collect user personal data via analytics, ads, other embedded contents are termed as non-necessary cookies. It is mandatory to procure user consent prior to running these cookies on your website. 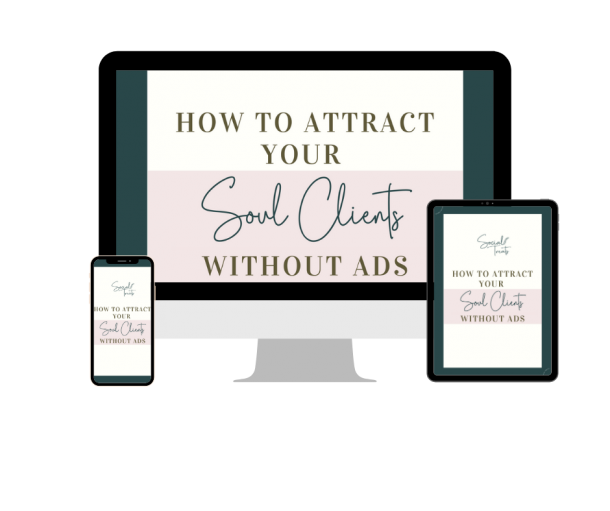 How to Attract Your Soul Clients Without Ads 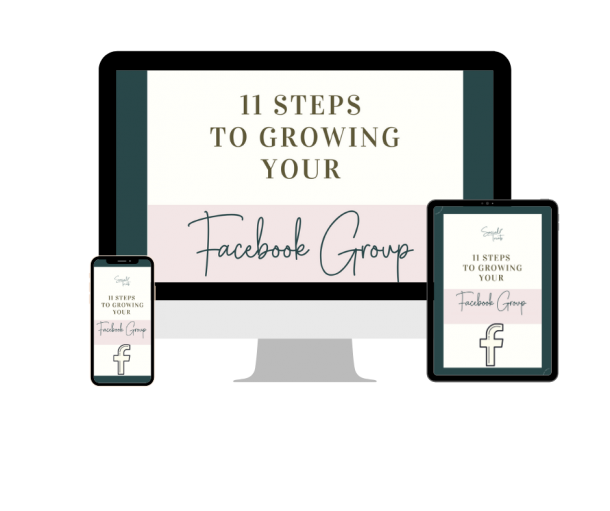 You have a Facebook group but are struggling to grow it, I feel your pain. My group and email list grow daily. Here are my top tips.

Don't miss out on early release and special offer pricing...